Could the Copyright Directive destroy the Internet?

Later this month the European Union will vote on changes to the Copyright Directive, a 2001 act designed to protect copyright holders in the digital age. However an amendment called Article 13 has crept into this vote and has repercussions for anyone online. With much of the current debate distracted by GDPR, data breaches and Facebook this seems to be happening under most people’s radar. I’d not heard about it till this week when some media outlets began flagging it up. The consensus amongst commentators is that, at best, these amendments are flawed and at worst could cause all sorts of repercussions from stopping memes to causing Wikipedia and YouTube to close or even as one site put it “destroy the Internet as we know it”. 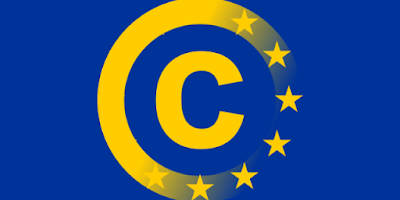 I’ve long had a difficult time deciding how I stand on copyright rules generally. As a content creator I probably regularly breach various rules yet also being a fiction writer I am understandably eager to ensure that someone couldn’t use my ideas for their own projects. Mixed up in all of this is that so much creative material has accumulated over decades that it has become  increasingly impossible to create something wholly original, Instead we are sifting, distilling and remixing our influences and our history. Is this copyright theft or the evolution of art?
The Copyright Directive aims to `rebalance` the relationship between copyright holders and online platforms. However critics point out that it misunderstands the way people engage with online content and amounts to excessive censorship. The vote will happen on either 20 or 21 June. The contentious Article 13 states that platform providers should police content far more robustly than at present “to take measures to ensure the functioning of agreements concluded with rights holders for the use of their works”. Due to the volume of content involved this cannot be done manually but would use the dreaded algorithms to filter content. Algorithms are not (yet) the intuitive considered tool they need to be; instead they are trawling on a mass scale. They are why if you look for one sort of music on, say, Amazon the site then thinks that’s the only sort of music you like. Algorithms tend to draw the line under the commonest denominator which means tons of perfectly acceptable content would be blocked. Many users believe it is also used as a method of avoiding risk by platforms.
The Article further states that sites which post anything that might be copyrighted including text, pictures, games, music, code, videos and sounds must first send it through a copyright filter to check if it matches a known copyrighted work. Anything that does will not be posted. Just off the top of my head this would include most blogs, a lot of Facebook, Wikipedia plus huge swathes of content on Instagram, Twitter etc.
If you think that’s bad, it is not even the whole story. There’s another part- Article 11- that  allows people to claim new copyrighted works without appeal. It also gives each European Union state the ability to create a new copyright in news meaning you would need a licence to link to any news website so that Google or Wikipedia or even the BBC would have to pay licensing fees which would probably mean all news outlets would be pay walled. That is effectively the end of free online news. Good news for radio perhaps but nobody else.
This sort of law is classic `butterfly on a wheel`, `sledgehammer to crack a nut` territory because while there is clearly an issue about flagrant copyright beaches dealing with it this way is not the answer.  Plus much of the so called breaching is used to comment on or further appreciation of material. Take that away and you kill the sort of online buzz that can make or break a tv show or a book or a singer. The impetus is rumoured to have come from German newspapers who objected to Google linking to their content without paying royalties (so why not put up a paywall if they’re that concerned about it?)
There is a campaign against all of this called Copyright 4 Creativity whose site (see link below) has a lot more detail. With less than two weeks till the vote it is difficult to see what they can do other than lobby European MEPs to see some sense or hope that online platforms find a clever way around any resulting legislation. And don’t imagine because the UK is leaving the EU that we will escape as the Internet crosses all such artificial borders plus there are likely to be US senators looking at this and thinking what a good idea it is.
If you’re in the least bit concerned about freedom of online expression and creativity please check out this topic because there seem to be a worryingly large volume of people who are unaware what is happening.
Find out more at   http://copyright4creativity.eu/
Posted by John Connors at 21:58