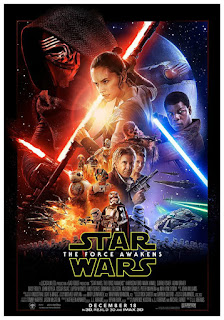 Iconic, generational and influential the original Star Wars and particularly the very first 1977 movie have had so much said about them and so much love (and hate) aimed towards them that it is nearly impossible for the makers of this new series to match expectations. Yet the omens have been good. The trailers looked like Star Wars- in a manner that the prequels just did not- and the return of three key characters has generated excitement. However JJ Abrams has already rebooted the Star Trek Universe by sweeping away old time lines and inventing his own. Some people had a bad feeling about this- would he dare do the same here? The answer is No. Instead he has done something much more pleasing – he has made a Star Wars film. A big, rollicking, action packed, exciting, visually arresting Star Wars film.

BEWARE- SPOILERS BEYOND THIS POINT
The thing is with this franchise is you’re looking in the wrong place for depth, for complex morality or earnest drama. There are no cinematic rules re-invented, no Oscar winning performances, no philosophical soliloquies and that’s not what we expect. What we do expect is two and a bit hours of pure adrenalin filled, spaceship packed, robot inhabited, lightsabre battling Good versus Evil and this is what we get. From start to finish the film never lets up a second- there is no flab whatsoever. Even quieter character moments are hastily delivered and often on the move. People complain about the dialogue in Star Wars films but it works like a comic strip leaving no ambiguity as to what is happening. In an age when arc plotting, out of order sequencing, non linear narratives are all the rage there is something great about watching a film that goes from A to B.


To be honest that is all the plot does. It is simply a backdrop for the fun to unfold. As the opening yellow (of course) title crawl informs us Luke Skywalker is missing and inside a delightful rolling robot called BB-8 (whom you will love!) is the location of where the last of the Jedi is. The new sinister baddies the First Order and the Resistance both want to get their mitts on it and, er, that’s it! There are of course some coincidences that will make you smile in order to bring a disparate set of characters together but that’s OK because the sooner they are together the sooner it seems even more like Star Wars than ever! 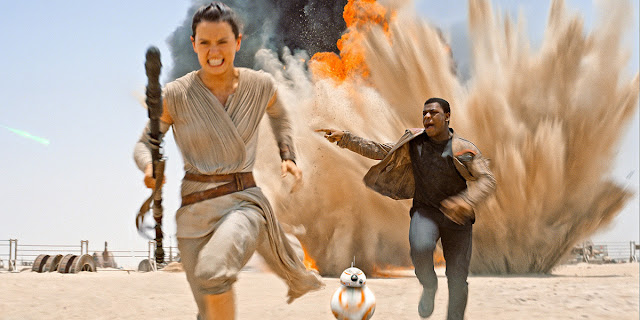 The old favourites are sparingly used during the first third of the film which concentrates on scavenger Rey who encounters defecting Stormtrooper Finn after he and daring resistance fighter pilot Poe Dameron crash land on the planet Jakku with the aforementioned robot. It is they who eventually hook up with Han Solo and Chewbacca after stealing the now rusty abanoned Millennium Falcon. What is surprising is that the film takes time to build the new roles before bringing in the old ones. So by the time Solo shows, we already love Rey with her can-co-anything multi -tasking skills and Finn who quickly becomes the more comedic side of this potential relationship. Both Daisy Ridley and John Boyega are terrific throughout and as a result it’s them –rather than Solo- you’re really rooting for. They bring a freshness and enthusiastically dive into the world. Franchise successfully handed on!
Of course Harrison Ford is his usual hangdog, laconic self and the rapport he achieves with the newbies works –dare I say it- as well as that which he used to have with a certain other two characters. Talking of whom we eventually meet Carrie Fisher – Leia now being a resistance general- though she gets a lot less to do spending her time looking at three dimensional maps and cooing over Solo. As for Mark Hammill, well let’s just say his script extracts must have been very slim indeed though you suspect he will play a much bigger part next time round. 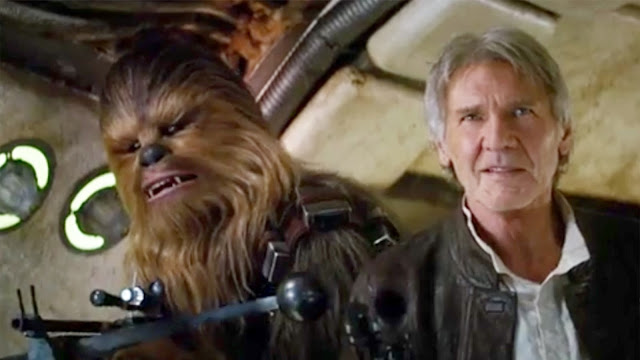 Course one of the reasons why the prequels focussed on Darth Vader is probably because people like me spent decades wondering how he got like that, where did he come from. People have their own memories of the original but for me Vader was the stand out character. Filling those shiny boots is a big ask but to my surprise this film has another great nasty albeit one with issues.


In Adam Driver’s Kylo Ren we have the conflicted intensity so absent from the prequel’s Vader origins story. In what amount to a handful of scenes, there is enough material to make him the most interesting of the new characters. At first he shows up as the very Vaderesque masked villain though it soon becomes clear he does not have quite the same power or influence. As the film progresses he is later seen talking to Vader’s destroyed mask and when he removes his own it turns out he has nothing wrong with him at all. He must just be wearing it as an homage! Driver achieves some breadth considering despite the franchise’s character limitations turning from vicious to doubting in a moment. Plus he is at the heart of the film’s big shock moment. By the end when he is actually  disfigured and badly hurt we imagine perhaps he will be on a real journey to total evil. For some reason the prequels could never muster such a strongly realisation from a similar plot. It took them three films to unfurl what is done here in, at best, twenty minutes. 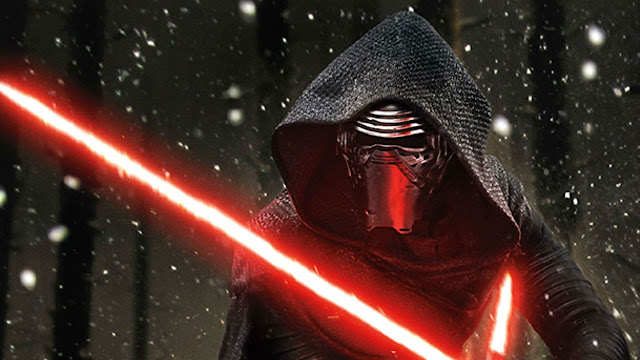 Another great actor de jour Domnhall Gleeson is stuck in the thankless role of severe General who gives a lot of orders and does evil things. Yet you can see him trying to convey something of a little story here with just a flicker of doubt and also wanting to please as he orders the destruction of planets. Even if it’s never taken up (it’s unclear if he survives the film or not) there’s something there. And that’s true of the whole film. Repeated watches will no doubt reveal lots of little things, references and so on that you don’t necessarily notice first time round.


Visually the film’s kisses to the past are restrained, the old stuff never overwhelms the new, the sense of time passing seems natural rather than forced. By extensive use of real props, sets and masks the movie also avoids that CGI sheen that was so noticeable in the prequels.


That JJ Abrams can do action has never been in doubt and there is stuff here than beats even that amazing Super8 train crash. Restless cameras swoop and glide, we follow fighters and spaceships when strafed by an attack, we whoosh into narrow spaces and we run for our lives. The IMAX seats are bigger than other screens to allow you more time to get to the edge of your seat because you need to! Just when you think it can’t get any more fluid the action just does. Some of the sequences use inventive perspectives like Rey and Finn’s run from attacking ships or else they add a fresh look to things like lightsabre duels and Stormtrooper assaults. Abrams does manage to get some trademark lens flares in of course!


Apart from one thing you’ll spot the plot beats before they arrive but still get a lot of interest, excitement or pleasure from them. This is not a film for everyone- some will deride it as kid’s stuff or just an extension of some game or other. Others will moan it’s not as good as the originals. However if you want a rollercoaster cinema experience where you are shot at, hounded, triumphant, defeated and even smiling at a robot’s incomprehensible bleeps then this the film for you. If you hadn’t guessed it’s my second favourite Star Wars film ever!