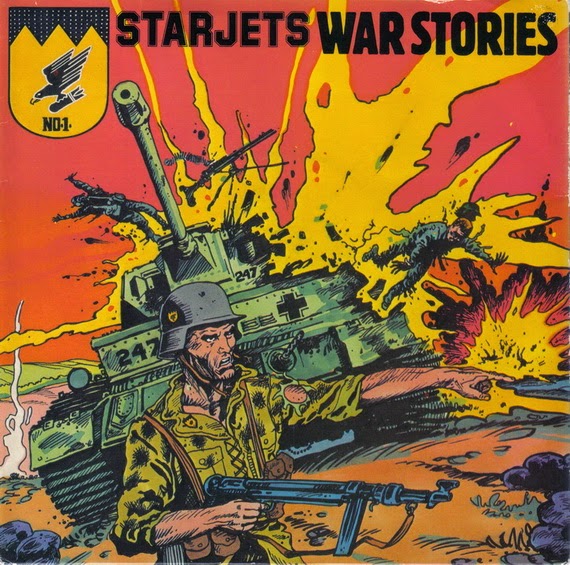 Kate Bush: Them Heavy People [23]. On Not the Nine O'Clock News Pamela Stephenson performed a spoof Kate Bush song called Oh England, My Leotard. It's loosely based on Them Heavy People. Unfortunately I'm much more familiar with the spoof than the real song so all the way through this video I keep expecting Kate Bush to start singing, "I was into yin and yang and hatha yoga/Ginseng and caraway seeds and being a non-smoker/My carrot quiches were better than the bought ones/And I was thicker than two short ones."


Madness: The Prince [23]. The nostalgia is overpowering watching these old Madness performances. I keep trying to climb inside my television set while shouting, "take me with you Suggs." On a technical note; volcanoes erupt, not earthquakes.

The Bellamy Brothers:  If I Said You Had A Beautiful Body Would You Hold It Against Me [4]. If you think the Top of the Pops audience are inert then check out the crowd in this dreary promo film.


The Jags: Back Of My Hand [24]. Just after the first chorus on the line "I had a dream I met another girl" the red trousered guitarist can be seen in the back of the shot turning round and bursting into laughter. He's still grinning as the shot pulls back and widens, and then he reaches out and flicks something with his foot. The camera keeps panning until it reveals one of the cymbals lying on the floor. It's fallen off the drummer's podium under his pounding. The Jags keep playing like the pros they are and this apparently one take performance ends with the cymbal still on the floor.


The Tourists: The Loneliest Man In The World [45]. Oh, it's Annie Lennox. According to Wikipedia Dave Stewart is in there somewhere as well. *squints at the tv screen*. I'm going out on a limb and guessing it's the bloke wearing sunglasses who gets no close-ups at all; does that make him the loneliest man in the band? Annie is clutching something long, black, and leathery through the performance. It's a relief to realise on a second watch that she's holding the castanets used in the introduction.

The Police: Message In A Bottle [8]. The third promo film of the night. The Police are too busy on tour to come in to the Top of the Pops studio.


Sad Café: Every Day Hurts [55]. I'm sure I remember the name Sad Café from my days listening to Radio 1 in the mid-1980s. The name of the group is much more evocative than the song which is pleasant enough. It's kind of ELO light, which is unfortunate as ELO will soon be on to remind everyone of how they sound.
Rainbow: Since You've Been Gone [26]. Note to Randy Vanwarmer (if anyone remembers him from Top of the Pops last week) this is how you do a you-broke-up-with-me-and-I'm-angry-with-rage about it song.
Electric Light Orchestra: Don't Bring Me Down [3]. Legs & Co perform in a set made of stacked perspex boxes. It's slightly reminiscent of Celebrity Squares except that the boxes contain vigorously oscillating women instead of Willy Rushton, Baroness Falkender, Magnus Pyke, Marjorie Proops, Brian Walden,Ted Moult, Bernie Winters and Schnorbitz, her from The Cuckoo Waltz, and Horst Jankowski. Unusually for Top of the Pops the routine is badly staged. The set is too large for the cameras to get a proper view. Only five of the Legs can be seen on the wide shot, the sixth reveals her presence only when the occasional hand or foot pokes in from screen left.

Number 1: Gary Numan, Cars. Gary Numan also can't get into the studio (John- perhaps his car broke down?)  so Cars becomes the fifth song out of eleven in this edition to be represented by a promo. This video is state of the art for 1979; the very epitome of "what does this button do?" editing. There are freeze frames, and overlays, and Gary's face appears in a tambourine, and split screens, and Quantel comet trails, and kaleidoscopes, and slomo, and, probably my favourite, a panning shot along an infinite keyboard overlaid with multiple Gary Numans who hold their hands in a way meant to suggest the gripping of an invisible steering wheel.

Closing titles: Bill Lovelady, Reggae For It Now.
Performance of the week. I guess it can't be Madness every week, so it might as well be The Tourists: The Loneliest Man In The World.