What Remains (episodes 1 and 2)


What Remains takes the concept of slow burn drama to a new level of stillness. Over the course of two hours very little has actually happened yet under the funereal veneer lots is going on. It takes a very good writer, director and cast to keep you watching and yet somehow they do. For all its glacial distance, What Remains is surprisingly compulsive as each tiny morsel is delivered making you hungry for more. It shares genes with Broadchurch of course, as you suspect every new drama this winter probably will, and also the Scandinavian television from which ITV’s hit itself drew but this is something even more considered. The best thing about it is that it could turn out to have a disappointing or obscure resolution but you just know we’ll watch it till the end anyway. 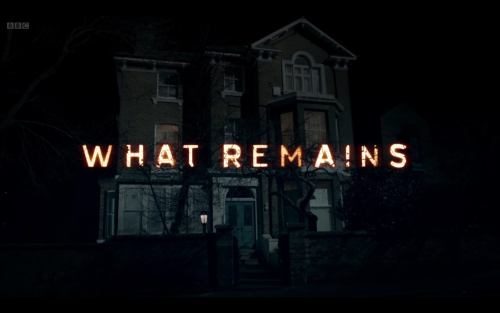 Spoilers past this point.....

The attention to detail is remarkable given that we have become so used to in your face camerawork and rushed narratives. Uncurling at its own measured pace in scenes that rarely stray beyond a handful of lines, Tony Basgallop’s script gives just enough to keep you involved but not too much. The setting is an old five storey house in which a woman called Melissa Young’s badly decomposed body is found. Nobody seems to know much about her; in fact everyone thought she moved out two years ago. On his final case before retirement Len Harper (David Threlfall) potters about discovering just enough to convince him- but not his superiors- that it might not be accidental or suicidal.

Once the case is closed and he is officially retired and without much of anything else to do he continue to return to the house whose inhabitants think he’s still with the force. This is the only shaky part of the story; it is not (yet) clear why he obsesses over this particular case though in part 2 his retirement is presented as a lonely existence. Indeed, each of the characters already in the house seem lonely to some extent or other and the undercurrent is how Melissa seemed to leave a non-existent footprint after her death almost as if nobody knew her at all. We are soon encouraged to suspect everyone in the house, not in the same way as Broadchurch where motive and opportunity abounded, but in the fact that they are all a little unsettled for one reason or another.

In no particular order there’s David Bamber’s tightly wound up teacher Joe Sellers who despite claiming to live alone has someone else - Liz Fletcher (Denise Gough)- in the basement apartment seemingly never leaving except to help herself to other people’s items. There’s newcomers Michael Jensen (Russell Tovey) – a former pupil of Sellers- and Vidya Khan (Amber Rose Revah) who seem like a normal young married couple expecting their first baby but by part 2 Michael is nicking Mr Sellar’s keys from the school and sneaking into his flat. Photographic and actual partners  Elaine Markham (Indira Varma) and Peggy Scott (Victoria Hamilton) appear to have the closest connection to the late Melissa having photographed her for a fashion catalogue something Harper  finds suspicious because what little evidence he has suggests she was reclusive and shy. In flashbacks we see the tension between the three as Melissa regrets having the photos taken. The couple are an odd mixture with Elaine openly bitching about people while timid Peggy seems afraid of her own shadow. Journalist Keiron Moss (Steven Macintosh) lives on the ground floor with his teenage son Adam (Alexander Arnold) and is seeing co –worker Alice Yapp (Lisa Millet) for whom Adam seems to be developing either an obsession or an intent to drive her away. 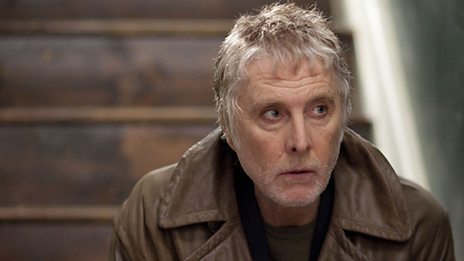 Flashbacks and shots of the house mingle with a sparse Nordic sort of soundtrack and some beautifully composed camera work under the auspices of director Coky Giedroyc. The house is a character in itself creaking and groaning as people move around adding to the suspense; every floorboard walked over and every door opened makes its own impression on the viewer. Amazingly given its authentic look it is a studio set and not a real house.

There are excellent performances all round as the cast make each of the sparse lines count. David Threlfall is the flip side of his well -known Shameless persona though Harper does have a shabbiness about him. In key moments though, he finds a steel to underline the character’s suspicions and you can see why he was probably a very good detective. The script offers a pessimistic view of retirement as the sequence in part 2 where he is waiting in vain for a neighbour to pop over shows. As the sharp tongued Elaine Indira Varma gets the serial’s wittiest lines though is also able to show on her face alone a little vulnerability suggesting she uses her attitude as a shield. Always good value David Bamber is old fashioned in manner yet you can see a volcanic temper is lurking underneath.  Vidya Khan has the hardest job as the only character who seems normal which acts as a strong counter point to the weirdness of her neighbours. In part 2 Alexander Arnold’s Adam who seemed peripheral comes into his own with scenes that push him to the forefront of both the drama and list of suspects.

If you’ve not yet tried this show watch the first two on the iPlayer and you could be easily hooked. Let’s hope that just like Broadchurch, it can sustain its quality to the very last.
Posted by John Connors at 19:52