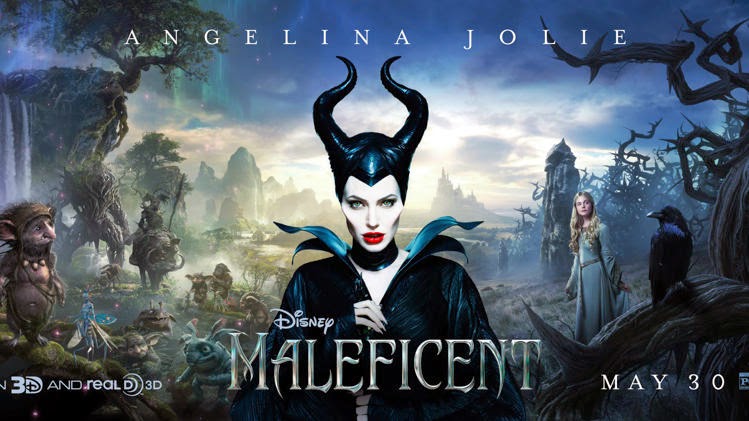 The story opens before the sleeping princess is even born as we meet Maleficent as a girl. She is the strongest of all the flying fairies whose love of nature is gradually overpowered by her feelings towards a boy from the castle she meets called Stefan. This relationship never rings true from the start. He is a peasant boy but has never explained ambitions for the throne itself. In an unlikely turn of events that goes largely un supported by the character’s thin dialogue Stefan ends up stealing Maleficent’s wings betraying the love she thought they had and leading- eventually- to the famous curse on his daughter.
There seems to be some parallel you could draw between a boy who has no power but wants it and a girl who is very powerful but uses it simply to love life though this film stays clear of such intelligent options. Instead Stefan becomes nastier as he gets older; his act of betrayal shocks only because it comes out of the blue and actor Sharlto Copley struggles to convey the feelings Stefan would clearly have at such a watershed moment. Once he ends up as king he goes slightly mad though is given little dialogue to explain why.  Is it guilt? Is it fear of Malifecent’s still powerful threat? Or does he just have toothache? He keeps the wings in a glass case and stares at them something we see too soon which rather gives away what will happen later.
Angelina Jolie is in imperial form. She makes the film far better than it would otherwise be simply by igniting her undeniable screen presence. Malificent looks imposing with horns, dressed in black and displaying razor sharp cheekbones Joiie’s performance is perfectly pitched whether she is brooding, threatening or just being evil. Yet there is another side too; the moment when she realises her wings are gone is heartbreaking. Later, she conveys how Maleficent’s icy heart is thawing in the presence of Aurora with subtle changes of expression and tone. It’s wonderful to watch and the film flags every second she’s off screen. She simply outshines everything else.


If the second half becomes less convincing there are some very well played scenes between Elle Fanning’s innocent princess and Maleficent that does bring out a different side to the latter who comes to regret her curse. The unfortunate by product is that for the second time in the film what will happen later is heavily telegraphed though when it does the results are surprisingly affecting.
If the story does not satisfy the visuals certainly do. The fairytale forest is dream like and whimsical before its transformed into sparse branches and soil. Several battles sequences pit tree warriors against soldiers with fierce intensity. It is true that we have seen this kind of thing in other films; there’s certainly more than a whiff of Tim Burton in the forest while the combat scenes recall the Narnia films but it is handled with appropriate fury. A trio of fairies who look after the princess as a child are a lot of fun, especially Imelda Staunton’s stern looks of disapproval at her colleagues behaviour. Sam Riley is good too as the raven Diaval whom Maleficent saves to become her transmogrifying assistant. The same cannot be said of the inevitable Prince who eventually turns up looking like a member of One Direction.
Curiously the film appears to pit the English versus the Scots; all the humans speak with a sort of movie Scots brogue while Maleficent and co deliver their lines in varying English tones. In this case the Scots come off badly!


With its undeniably happy ending the story ends up becoming a different fairy tale than the one we know but still hits the same sort of beats. Neither as radical or dark as it purports to be Maleficent owes much of its character to a fabulous performance and visual appeal. If Sleeping Beauty didn’t give Maleficent’s point of view then this film tips the balance too far the other way offering a one dimensional King who is evil for the sake of it. A really radical re-interpretation would attempt to reconcile both sides of the story.
Posted by John Connors at 20:18