There’s a debate raging at the moment over what to do about `extremist online content` of various persuasions. Depending on people’s situation they argue for or against matters from their perspective yet may themselves be indulging in behaviour that would be considered unacceptable by others or in a face to face situation. The fact that it is very easy to say anything online anonymously and take no responsibility for what happens as a result further muddies the water. Social media makes it very easy to suggest something without proper argument. The reason why many people become outraged and begin their case with the phrase “why can’t the ISPs just…” or “why can’t the government just…” is because they can’t see what they are asking for. If such blanket restrictions as they propose were introduced in everyday life we would call it martial law yet some people demand it online. 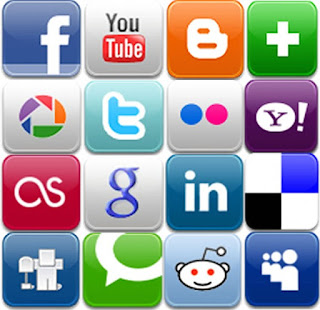 Offline we are responsible for our behaviour yet online people expect the sort of protection they would call government interference or “the nanny state” in any other context. The kind of censorship being called for would actually, if taken to the extreme demanded by many, close up to around half or perhaps more of current Internet content. On the other hand, counter arguments about “freedom of speech” seem to support absolutely no restrictions at all; in other words we can say or access anything we like with no repercussions. Again if we had this in real life, there would be anarchy. Reading both sides of the debate can be almost as worrying as the extreme online content being considered.

How easy is it to even define what it is that is being talked about? For example banning websites and blogs on which you can see how to construct a bomb or plan a terrorist attack. What about science based sites where an intelligent terrorist could glean all the information they need without necessarily having a step by step method? After all there were homemade bombs long before the Internet was even invented. Or religious extremist sites? What actually constitutes such a site? We could claim all religious based sites attempt to “convert” or “recruit” and how can you ban some religious sites and not others? Or pornography? Yes there are sickening examples often quoted but there are large swathes of people who feel that all pornography is vile and should be banned even so called soft porn that you might see in an advert in a perfectly respectable glossy magazine belonging to the `Sunday Times.

Suicide sites? Well, why stop there? Sites that might encourage anyone to do anything extreme shouldn’t they be banned too? If we’re talking about dangerous sites should we include unregulated sales sites in the equation? After all aren’t they just trying to recruit except they just want to steal your money. Most of all- and here’s the debate people seem too scared to engage in- social media works without the same checks as in everyday life. If you said the sort of things people do on Facebook, Twitter etc to someone’s face you might find yourself in A&E or even in court. So why is nobody calling for these sites to be banned? I know some older people who find all the swearing online offensive.

So, when you start to look at it, it’s not as simple as you might imagine. You may think you know but do you? Are you too extreme? Or too moderate? By the way, I don’t have the answer; apologies if you’ve got this far expecting that I might.  I am just pointing out how public outcries for censorship are too emotional and straight forward to be headed. Surely what we need is a proper non- partisan, non- political, non- technical debate about what standards we want in our society before we start banning this and restricting that?

Obviously there are some sites the vast majority of us would classify as offensive in one way or another and have no doubts over banning yet there are a far larger number that depend on your outlook, background, lifestyle or beliefs. I have my own ideas of course about how depraved some online content is but equally there may be sites I have accessed some people would find offensive and some that you may view I would find unacceptable.

My view for what it’s worth is that we should have the same standards online as we do in offline life. Society has always evolved laws and behaviour to incorporate successive technological developments whether the results of the Industrial Revolution, the invention of the car, television and so on. It now looks incredibly naive of the Internet pioneers to believe they had created something that could be exempt from the same standards or scrutiny as other aspects of life and we are now having to play catch up.

I would, as a first step, favour an opt-in button that would restrict the currently delineated extreme content so that you had to choose to access it This could then be used to add other sites and so on later. That way we can take responsibility for our own online behaviour and therefore take the consequences if this leads somewhere that is outside the law. Yet that –or any alternative- can only be a sticking plaster until we tackle as a society what we will and will not see as acceptable across all aspects of our lives and ultimately apply these standards evenly both on and off line.