Some of those things we won’t be needing soon
When we grow up, we imagine that the things around at that point will always be around but the older you get the more you realise anything could potentially become outmoded.  There has already been a lot of discussion relating to the demise of compact discs and DVDs but this is the tip of the iceberg (and icebergs themselves could be on the way out too). So, in no particular order, here’s our top things that we will probably see the end of in the next ten years. 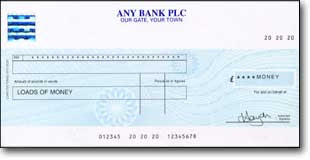 Cheques: The government has had to think again as they were due to be scrapped later this decade. However this is seen by those in the know as a delay rather than a reprieve. The problem is that while private cheque use has been in decline for a while, businesses still use them. Also, if you want to give somebody a sum of money for their birthday over about £50 that involves a lot of paper notes and there is no electronic way of doing it without having access to the other person’s account details.
The answer may be temporary  electronic `lockers` where one person can deposit a sum, giving the code of the `locker` to the other, say in the birthday card, so the receipient can then access the money. Whatever the solution, they’d better think of something because even a wodge of notes may soon be impossible...…
Cash:  With the advent of cards that enable you to pay small amounts of cash for, say, a bus fare, the demise of physical cash in the form of notes and coins has begun. Nobody will miss grubby notes of course, but as people with credit cards learn the hard way it is easier to spend money via Chip and PIN than if you have to reach into your pocket and count out the notes. Nonetheless experts reckon a decade hence the use of physical cash will be rare which will also mean the end of … 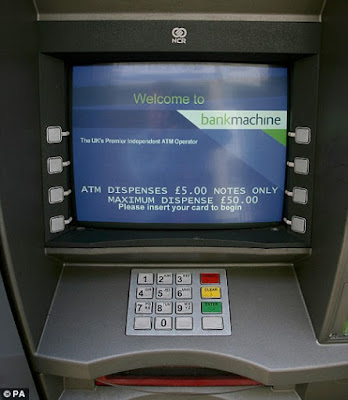 ATMs aka the hole in the wall; Nobody calls them that; in fact nobody even calls them cash machines any more. `Hole in the wall` has become the preferred name for those handy places where you can get money outside banking hours. A revolution when they first appeared, the decline of physical cash will mean our city centres will no longer be full of queues that stretch across the pavement. Or those receipts that everyone throws away. We will miss the looks on people’s faces when they discover the machine or even thier account is empty though.
Newspapers and magazines: Books will continue albeit electronically but the future of newspapers and mags is less certain. It’s all about the way we absorb things. A generation or two brought up on `bite size` revision packages, emails and texts no longer has the will to read in depth analysis or articles. They want bullet points, sharp and to the point. It’s not necessarily a good thing of course and if anything contriutes to a dumbing down of culture it will be the end of professional journalism and analysis.
Television channels: The future model is said to be production companies making programmes and placing them on things like the iPlayer where they can be accessed whenever we want. With the iPlayer and ITV player now available in some television packages the big two channels are actually hastening their demise. Scheduling will become a thing of the past- what will matter instead is these production companies being able to promote their programmes across platforms.
There are still glitches- the iPlayer for example slows down when millions try and watch one programme but if it simply became the replacement for the BBC, Sky, ITV et al that wouldn’t happen (in theory). All that might survive are news channels. This is not actually a new idea as such; simply the end of a very long road that began with video recorders in the 1980s.
Watches:  Simple, really. When everyone has a smartphone (estimated to be within 7 years) with the time on it, why will they need a watch? Jewellers already sell watches as loss leaders anyway.
Umbrellas: For a change, there is actually no technological nor indeed logical reason for their disappearance at all but have you ever seen anyone under the age of 25 using an umbrella? Despite Rhianna’s valliant attempt to keep umbrellas at the forefront of culture, young people do not mind getting wet, it seems.
Boiled sweets: Because people don’t have the time nowadays. It is estimated you can cook a modest meal in the time it takes to suck a boiled sweet to it’s finish.
Quiche: The truth is that nobody ever liked quiche but everyone felt it had to be eaten. A slice of cold quiche, as once favoured in wedding buffets, is actually quite unpleasant. 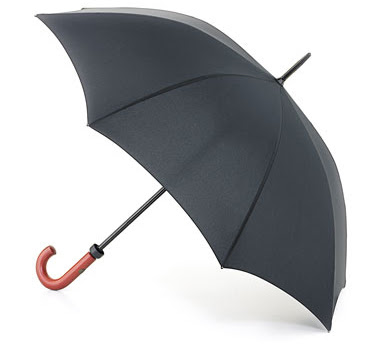