The future of coffee shops


A recent report reckoned that the UK is near saturation point when it comes to coffee shops. Short of opening one on every corner and despite the fact that they always seem to be crowded, the theory is we won’t need any more within three years. However this means that the sector will have to evolve. They could get bigger- how long before they start calling them Coffee Hubs? Just as some fast food outlets have hundreds of seats, perhaps some coffee shops will grow in a similar way.


One curious aspect of the boon in coffee shops in the UK has been that it coincided with the economic recession and subsequent government imposed austerity. Surely such conditions would be see expensive drinks in decline because in other retail areas people have flocked to value whether its supermarkets like Lidl or retailers like Primark. Yet this is one sector where the opposite has happened. Whereas twenty years ago most people would either have a coffee before going out or grab a takeaway drink, now they are quite willing to spend at least £2.50 on one drink. Some research in 2016 put this down to a generational led shift where Millennials are less concerned about the price of the coffee than the experience of the place where they drink it.


The future then may well see coffee shops expanding their range to ensure customers don’t become bored of the same menu. You might imagine there are no more types of coffee than those already served but there probably are. Some chains have already begun to try so called `artisan` variants and there are an astonishing number of different types of coffee you may not even have heard of. For example Café Cubana is an espresso with demerara sugar added, Turkish Coffee uses fine ground coffee immersed in water, a Guillermo is two shots of hot espresso poured over lemon slices and served with ice. 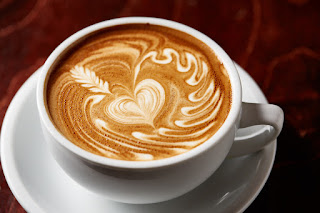 There is a Vietnemese coffee called Cha phe sua da which mixes black coffee with a half of sweetened condensed milk and poured over ice. That country also originated the slightly less appealing sounding Egg Coffee in which egg yolks, sugar and condensed milk are added to Robusta coffee. You could have a Liqueur Coffee which is brewed with a 25ml shot of liqueur. Espresso con panna is coffee made with whipped cream. Indonesian Kopi Tubruk uses boiled coarse ground coffee with sugar.


A lot of the smaller shops are still operating a model based on a select clientele – often business people- taking time over a coffee while tapping away on a device or having causal meetings away from the office. However there are just as many customers who would like to sit in but eat something and not take too long about it. Food is definitely an area where the shops could expand. In some ways their offer currently resembles what pubs used to do when it came to food, viewing it as a very distant second to the drinks. Nowadays you can get good meals in pubs which you never used to be able to whereas coffee chains seem to offer the same range of either sandwiches or paninis plus a selection of unhealthy looking cakes and buns. The dividing line between a coffee shop and a café could blur in years to come with coffee shops offering a wider range of eats. They’ll never go the whole way and offer meals because they don’t need to but more choice (apart from adding `pigs in blankets` during December) would add to their appeal. 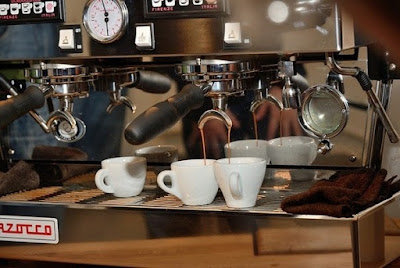 It’s not just the items on sale or the design of the shops that is changing. The way we order is beginning to go through a revolution too. In the US Starbucks have already been experimenting with remote ordering so that you can order your coffee several minutes before you arrive at the shop meaning avoiding those lengthy queues that can build up. It may be that shops have two areas- one for pre- paid orders, the other for the current method of queuing, ordering and paying.


It is even possible that the Barista’s operation could itself be automated in the future. This would hopefully not happen but when you consider how automated service is gaining use in various sectors it has surely been considered. After all think how you could have a machine that can make three drinks at once. As the shops seem to lumber all the coffee making on one person while four others serve this may be the answer. Whatever happens it seems as if we’ll be drinking in coffee shops for the foreseeable future.