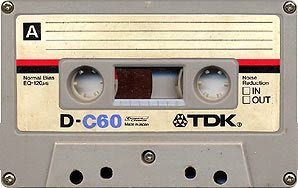 There was a time when people thought cassettes tapes were the answer. The drawback with vinyl had always been scratches. Once you scratched a record there was no going back so much so that when punters were obliged to re-purchase their favourite albums on tape or CD they didn’t sound the same. Those familiar scratches and jumps were missing. Cassettes were supposed to stop all that. In theory they did not scratch affording a seamless listening experience from start to finish. Yet while this may have been the case other issues soon began to surface.
The tape itself was actually very flimsy and sometimes those little whirling spools would momentarily stop enough to cause the tape to unravel inside the machine. You could rescue it with a pencil and patience but there was always an imperfection which lacked the simple charm of the vinyl scratch noise. Sometimes the spooling was less than uniform meaning the music would wobble or speed up/ slow down. This had the comic effect of making fast songs sound as if they were being performed by Mickey Mouse.
As for the packaging; don’t mention the packaging. Possibly the inspiration for the fact you could never get a CD cover back in once you’d removed it, cassette covers involved elaborate folded glossy paper. Sometimes, if you didn’t fold it properly, it would never fit in again. People used to reading decently sized text on a vinyl sleeve were in for a surprise too when they unfolded the cassette covers, some of which were about a mile long. Tiny print on arty backgrounds was nigh on impossible to read unless you had the vision of an airline pilot. It is perhaps frustrations with the format that led to frequent sightings of fully unravelled cassette tapes lying in the street. Walking past them you could sense the anger that had led to the unspooled vandalism.
Cassettes were developed from the technology that had originally been invented in Germany in 1935 and became known as the reel to reel tape recorder. These cumbersome devices were theoretically portable but in reality impractical things used for mostly home audio recording. The magnetic tape they used had been invented back in 1928. The first compact cassette was invented in 1962 by the Philips company but it was in 1971 that the introduction  of Dolby noise reduction tapes made them a genuine commercial proposition.
In the eighties they thrived further when portable listening players like the Sony Walkmen appeared on the market offering the freedom to walk around while listening to albums a luxury which had obviously not been possible with vinyl records. Except the failed attempt by Sir Reginald Snood to market the Vinylegs, a trolley on which you pulled a light record player that had multiple holders to contain up to ten albums. Unfortunately these tended to snag on uneven pavements and after a multicar pile up was caused by a Vinylegs toppling onto a busy road, the government banned them.*
The beauty of the Walkmen’s design was that it was not much larger than the cassette. For a period roughly covering 1985-1992 cassettes became the most popular format on which to buy albums in the UK; all my shoegazing and early Britpop music was originally in this format. At home they took up relatively little space, handy when video tapes were clogging up many a household. Inevitably CD predominated.
The keynote album here is reckoned to have been Dire Straits’ Brothers in Arms which defined the emergence of CD just as Pink Floyd’s Dark Side of the Moon had with stereo back in 1973. By the mid- 1990s sales of cassettes were in freefall; by 2001 they accounted for only 4% of music sold and had stopped being used as format for releases. The final sign of their demise came in 2001 when `cassette tapes` was removed from the concise version of the Oxford English Dictionary.
There is a curious PS to this story though – last year it was reported that several specialist companies were selling cassette tapes containing new music to collectors. The BBC reported that a Canadian company called Analogue Media Technologies sold 25% of its music this way. So tapes refuse to fade away completely.
What has also gone of course is the behaviour of compiling cassette tapes for people. Back in the format’s heyday we were constantly being told that home taping was “killing music” and it is certainly true that people would copy albums rather than buy them yet it had another function too as celebrated in nostalgic films and tv. If you didn’t know what to say so someone you fancied, if you wanted to persuade someone that The Mighty Amps were the best band in the world or if you wanted to create a varied mix for a party, you could compile a compilation or mix tape. Whether the results of manually recording different tracks from different albums achieved their desired social affect the tapes remain a fragment of your past if you still have them. Sometimes it doesn’t matter so much what music is on them or even if you have no media on which they will now play because whoever compiled them for you remains in the writing on the label. 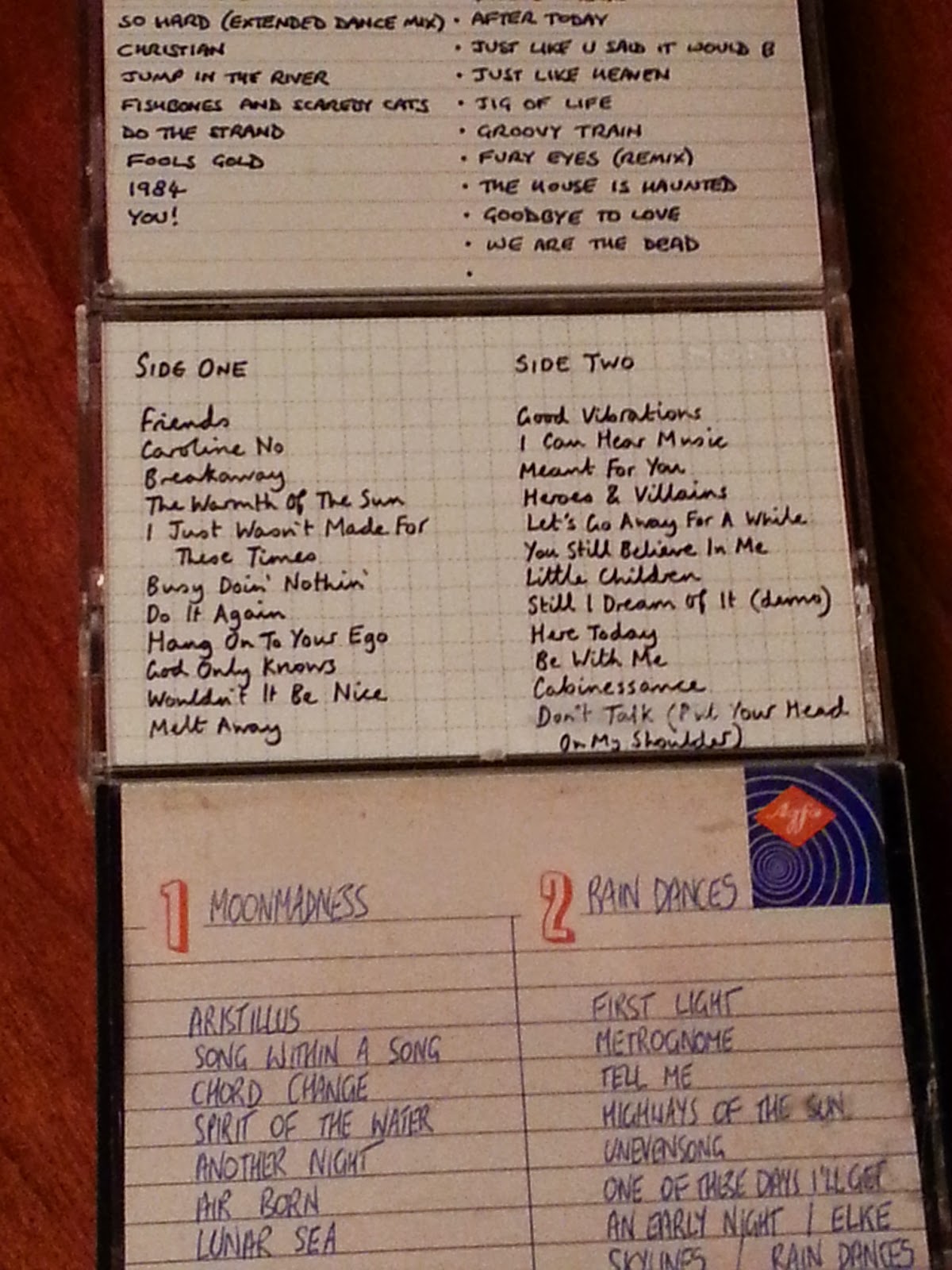 *This may not be entirely true.