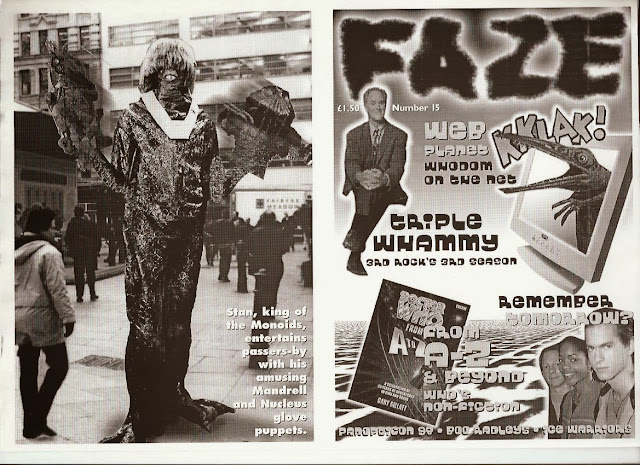 My next fanzine `Faze` was launched in 1995 and was an attempt to reflect the invention and craziness of Doctor Who plus a number of other series. I was lucky to know quite a lot of fan writers still prepared to contribute to a fanzine despite the oncoming storm of the Internet. Around this time DWM were printing what they called the Telesnap Archive which were stills of missing episodes. Only they were a gift to spoof simply by mixing and matching the pictures. Thus the Telesnap Chive was born! As you can see below I selected the silliest pictures from a story and literally glued them them together. I’m sure it’s much better than the episode. 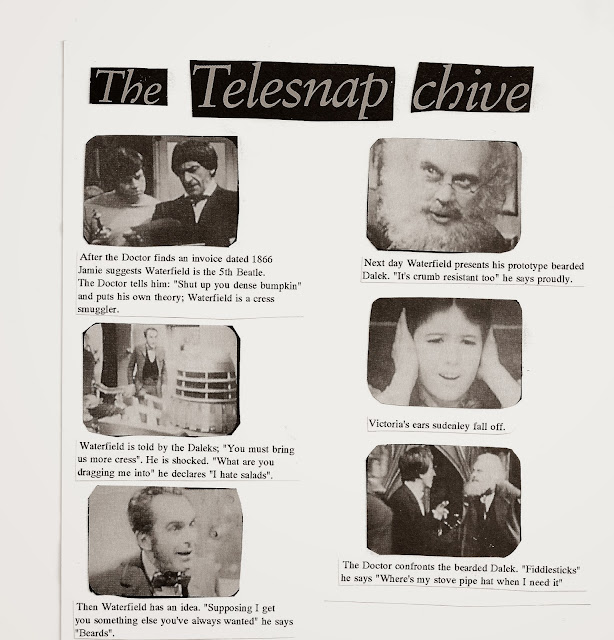 Below  is a light hearted guide to Doctor Who designed by Neil Hutchings, my former DWAS Exec colleague who joined `Faze` in 1996 after we met by chance at a pre TV Movie convention. 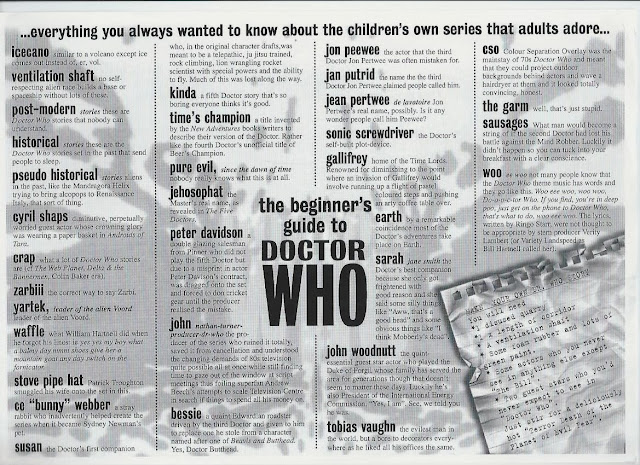 The best known `Faze` cover features, as you can see below, Melkur riding a giant toy duck. Why? I have no idea!! How this used to work was Neil and I would sit in a coffee shop or a pub and waffle on for ages about ideas and then he’d produce them, however silly they seemed. The scan makes it look a bit rough but for the time, this was impressive and really sold what sort of a zine it was. As you can see it wasn’t just Doctor Who the zine covered. 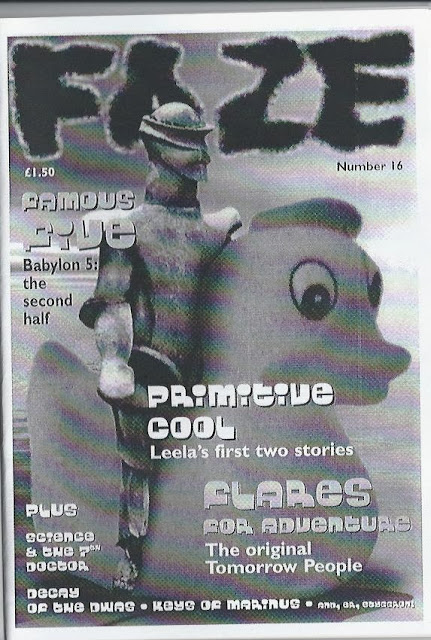 Faze proved to be quite successful boosted by things like the TV movie and support from the likes of SFX magazine which made us Fanzine of the Month several times. 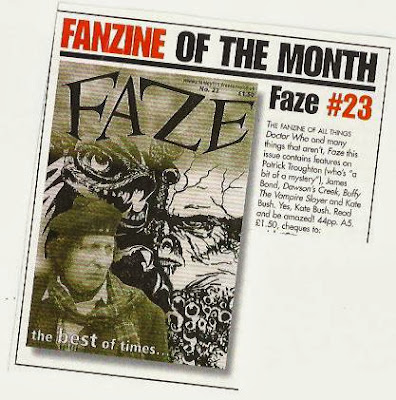 In 1999 we launched a website Faze Online to try and catch those people who had by now abandoned the print medium. This was how it looked when it began. The website was created by Bob Stanley. 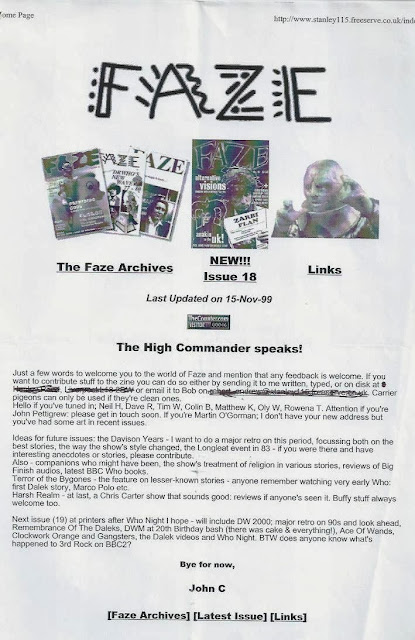 Tom Baker was my Doctor. Not my actual medical Doctor you understand but the best Time Lord ever or something. Anyway I’ve only met him briefly twice and oddly enough about ten years apart. The first time was when the Merseyside Local Group took a trip to Theatre Clywd in 1987 to see him in An Inspector Calls. It had been arranged that we’d all meet him in the bar afterwards and by all I mean about 25 people. Amazingly he offered to buy us all a drink even though we should have bought him 25 pints as a token reward for his general brilliance. Cleverly he sent the person who was annoying him (and also the rest of us) the most by hogging the conversation to fetch these drinks which kept the person busy for some time. It was during this meeting that we first heard the now infamous expression “whippet shit”!
The second time was at the Liverpool Everyman Theatre in 1997 when he was promoting his outrageous autobiography. There was a humorous talk and afterwards an autograph session with a lengthy queue; time enough to consider what to say to the man. Eventually as we got closer to the front I spied a brown paper bag sitting on the table which people seemed to be ignoring even though it was something that ordinarily- had Tom Baker not been sitting at the table- would have been noticeable. So when I reached the front and proffered my copy of the book for Tom to sign I asked what was in the bag. He looked up at me and with that mischievous twinkle I’d seen a hundred times before in various episodes told me he kept a pint of Guinness in the bag. I don’t know if he really did or not but that’s not the point.  I even invented a phrase for it; Cool As Tom. 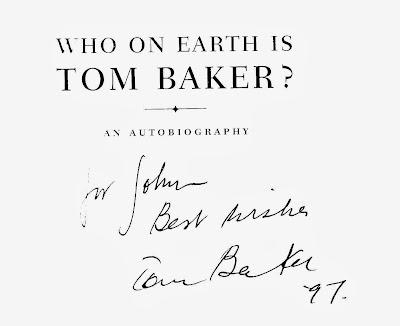 Next Time: This way up!