You know how you like Doctor Who? And you know how mint flavoured ice cream is terrific? Put them together and you have the 70s best ever piece of merchandise. 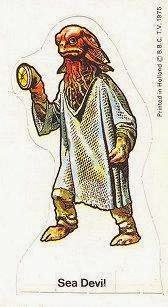 Ok so we didn’t have dvds or videos or anything actually but we knew how to out on a Doctor Who adventure. Just eat tons of Weetabix and you too could re-create the Sea Devils and other stories or just make up your own courtesy of six different planetary backgrounds. Thank goodness they weren’t given away with Shredded Wheat or we’d still be working our way through them!

And below is the third staple of the 70s Doctor Who fan’s unhealthy diet; chocolate. Of course they didn’t really have to entice us with anything other than chocolate but an added bonus was an ongoing story involving the Doctor fighting Masterplan Q. I can’t really recall the minutiae of this but it involved The Master (of course) and some dinosaurs and do you know what? I never found out what happened at the end. Before I could eat enough chocolate the thing finished leaving me ignorant of whether Masterplan Q worked or not. 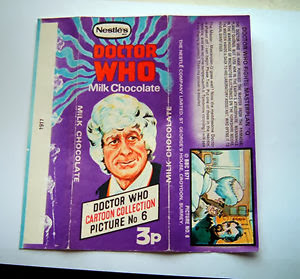 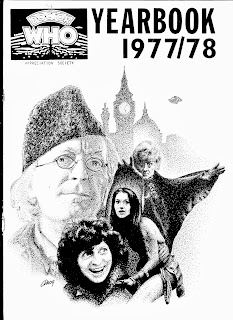 The Doctor Who Appreciation Society (or as it’s usually called DWAS) was a revelation after the frugal output of the DWFC. Suddenly here was an organisation with ambition, lots of things happening and in the fanzine `Tardis` a real fulcrum that functioned in its day as effectively as something like Outpost Gallifrey would do later online. Because all we had were publications (even phone calls were financially impossible) they became packed with thoughts, opinions, news, interviews and artwork. `Tardis` was not the only zine around then but set the trend that others would follow. Here are two random covers including a fairly early one. It only cost 8 pence?! Well, that was a lot then.
Left is the stunning cover of the DWAS Yearbook one of several DWAS publications including the monthly zine `Tardis` and the newsletter `Celestial Toyroom`. It shows just how talented the artwork was in these publications. I wonder what happened to `Drog`? And indeed if that was actually his name? 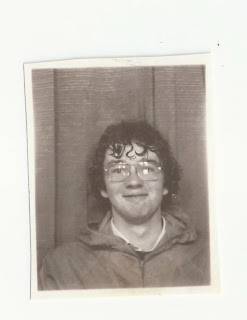 Here’s a young me circa 1980 looking like I’ve just been in a rain storm. It’s amazing what we didn’t have then; no selfies were possible, you had to use a photo booth. Obviously I was well happy to be in the DWAS (and by the looks of it with everything else).

One of the things the DWAS started was local groups; the Merseyside one was one of the earliest to start and below is a photo of an early meeting, probably in 1979, in all its action packed glory. I think this one was at Philip Ince’s house in Meols, a seasidy place near Liverpool. I’m not sure what we all find so interesting- probably a slide of Yartek. In case you were wondering, no-one ever did play the piano. 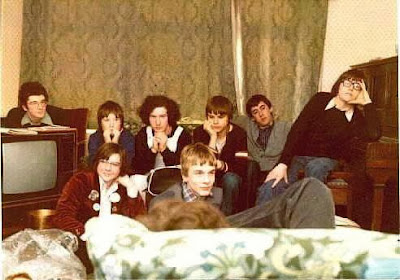 Can you remember your first time (at a convention?) Well I can. August 1981 saw me headed to London to finally indulge in the conventions I’d read about but couldn’t afford. I don’t know how I afforded this one actually but I’m glad I went. Everyone was there from Heather Hartnell to John  Nathan- Turner and the then current cast. The event took place in a theatre so we were up on the balcony with the stalls occupied by merchandise dealers. Despite the gap between us warmth and bonhomie glided easily to and from the stage. We even cheered slides (yes, slides!!) and the piece de resistance was the unexpected arrival of Anthony Ainley in what must be his popularity apex as far as fans are concerned. He only had to walk on stage to thunderous applause and that was enough. Yet some of my best memories are away from the auditorium at the Queen Mary College accommodation where I finally met people with whom I’d only corresponded or heard of via fanzines as we stood at the entrance watched people arriving. For some reason Matthew Waterhouse hid beneath a blanket under the car seat as if he was a pop star. Perhaps, in that scenario, he was. The bar afterwards was basic but we enjoyed ourselves especially the very loud Mark Sinclair. So anyway I queued for loads of autographs some of which are here in the convention brochure’s centre pages.
Next Time: Fanzines and Blackpool!