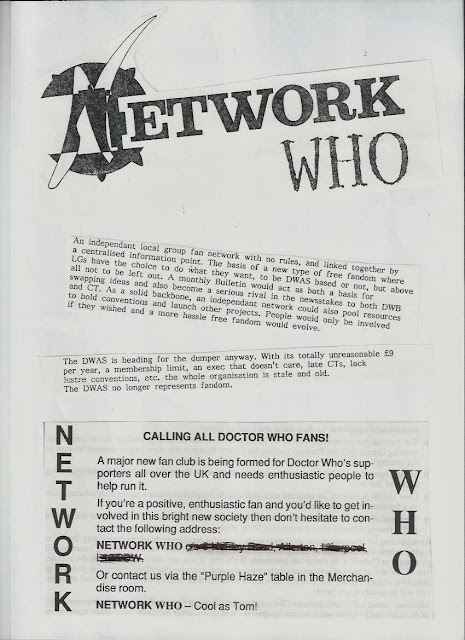 Sontar Ha! During 1989 /1990 some of us had a plan which for a long time was called simply Project X. We were disaffected former DWAS people who wanted to set up a rival and though we tried to explain it in reasonable terms that’s probably what it was. And doing things better than the DWAS who were badly floundering by now. Various persons were involved but there were two fundamental problems with it. One was that there was never a time when everyone was equally 100% enthusiastic. Two, look at the year. Doctor Who was finished, public interest was minimal, the DWAS’s own poor performance had put people off joining a society. If ever there was a time not to form a new Doctor Who club this was that time. So Network Who never got off the ground. 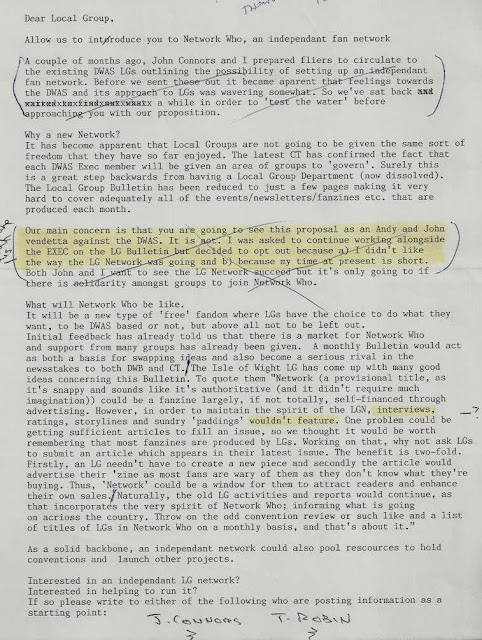 This is a draft of a flyer that was going to go out to my local group address list. I dropped out somewhere after this because after five years working fan politics in the DWAS the prospect of any more seemed too much. 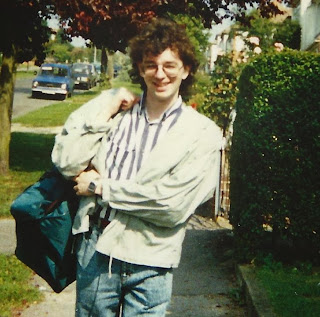 I think this was taken in London in 1990ish and you can see I’m happy to be post DWAS, post Network Who! 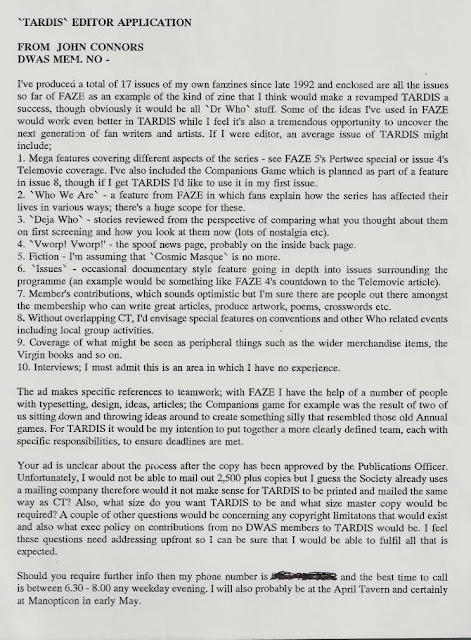 As a post script to my DWAS years, I re-joined the Society for a while in the mid 1990s and in 1997 when they decided to revive the many years out of print zine `Tardis` I applied. By then I was a fanzine editor of some provenance so I knew what I was talking about. I went for an interview and it seemed to go OK, then I heard nothing for months only to then discover that someone else had got the job, a last minute applicant. His name? Andrew Beech. His version of Tardis last about 3 uninspired issues. Their loss. This is my application and all this ended up in my own zine `Faze` instead. 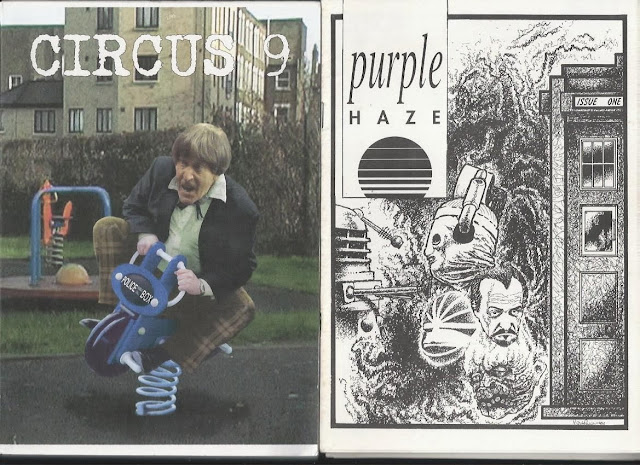 In the early 1990s a third wave of Doctor Who fanzines was born of which `Purple Haze` and `Circus`were the most prominent. After a bit of a gap I started going to events again in 1990 and mixing with these new fanzine people, ending up writing stuff for their zines. It was a productive time and the start of Whozines beginning to diversify more than they had before. While other sci-fi programmes had sometimes shared space in Whozines, in the early 1990s they started incorporating other subjects altogether. And I was about to become involved in more than just writing for them.... 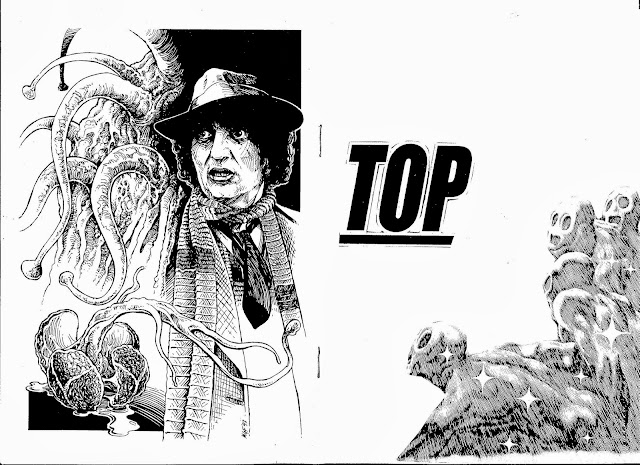 `Top` was my first fanzine launched in 1992. I’d been approached by Stephen O’Brien to take over `Purple Haze` but as any fanzine editor will tell you there is something personal of themselves in a zine and PH was very much Stephen’s conception. He generously gave me some material and so I started `Top`. It was very primitive in production style yet the articles I had and would subsequently receive from a pool of wonderful writers meant it had one of the biggest gaps between the production standards and content of any zine! This cover is typical of the –literally- cut and paste technique I used, The original artwork is by Rob Clark, the word `Top` taken from a newspaper. Yep, it was Tippex and glue sticks all the way! The back cover is original art by Martin O’Gorman. The name was chosen simply because of the in vogue Madchester / baggy music scene of the early 1990s. Top lasted for 9 issues until 1994. Despite it’s very old school production standards, `Top` was a hit and I was a fanzine editor now. Fanzine editors are cool.