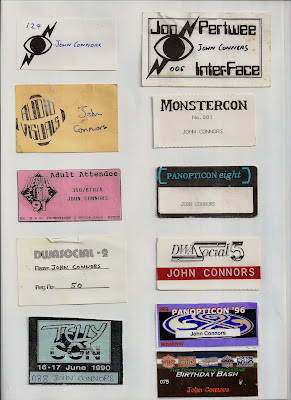 I once tried to work out how many conventions I’d been to and never managed to do so but it was a lot. These are some convention badges from various events. My favourite ones are probably that first Panopticon in 1981, the 1985 Brighton one where I saw Patrick Troughton, lifted lots of tables up a flight of steps and had to go to an exec meeting at mid night. Of the non DWAS ones the Exo Space events were good and we also had some cracking conventions in our area in both Liverpool (Monstercon) and Manchester (Manopticon). Perhaps the moment I recall best though was the 60 seconds of hope in 1986 when hundreds of us watched episode 1 of `Trial of a Time Lord` live at that year’s Panopticon. Just before the episode there was a countdown, party poppers and cheering and the stunning spaceship sequence followed. For about a minute it looked like Doctor Who was about to make the most astonishing comeback from the brink. Then the episode started. Little did we realise we’d have to wait another 19 years for the real comeback in 2005. 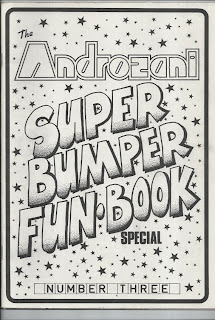 Androzani,one of the great fanzines of the 1980s

(Below) Androzani editor Neil Hutchings making his own Ice Warrior. Neil later became editor of the DWAS newsletter CT. We worked together on the DWAS Exec and later on my zine Faze in the 1990s. And if you wander past a central London theatre and see the write ups and press bits chances are it might have been Neil that designed them. 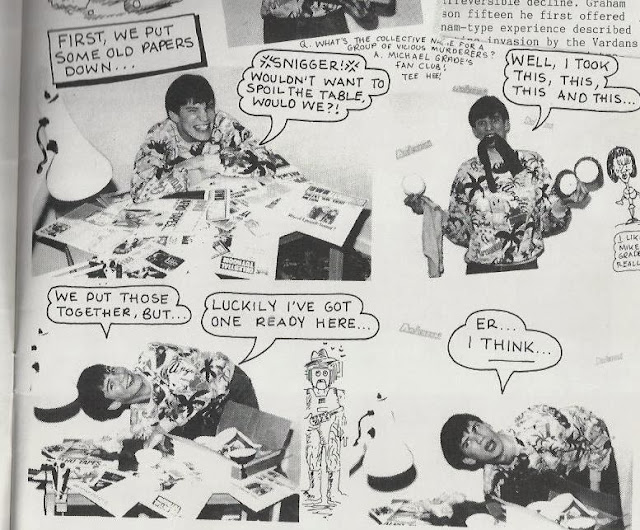 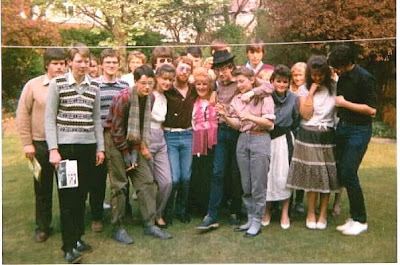 This is much later in the Merseyside Local Group. This photo was taken circa 1984 and as you can see we had a surprisingly large number of girls in the group. I’d like to claim this had something to do with the boys in the group but I think it was more to do with the fact that Peter Davison attracted a lot of female viewers. The photo also shows how big the MLG was in the 1980s; not all the members are pictured for a start. Amazingly this was taken when we were still having house meetings though clearly it was time to move to hired venues. Not sure whose house it is but it just goes to show that there are trees in Liverpool which one DWAS exec member at the time actually seemed surprised to discover. I’m wearing a hat in the photo but it wasn’t mine. I’m not even sure why I mentioned that. 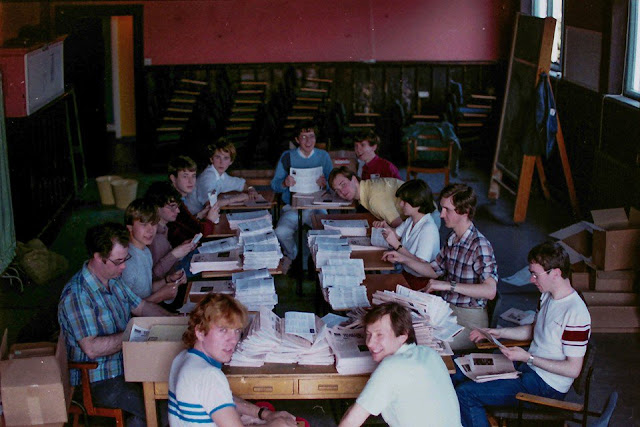 In those days the DWAS newsletter was assembled by volunteers and then mailed to each member's house by coach and horses or something. This photo was taken at the last ever CT mailing session in 1983 before a professional mailing company was given the task as we had too many members. Lets see if I can recall everyone present starting at the left and working clockwise: Gordon Roxburgh, David Saunders, Bill Baggs, Moi, Ian Bresman, Alec Charles, Richard Marson, Gary Russell, Chris Dunk, Rosemary Howe, David Howe, Tony Clark, Dominic May. We were in a church hall somewhere not anybody's house btw. 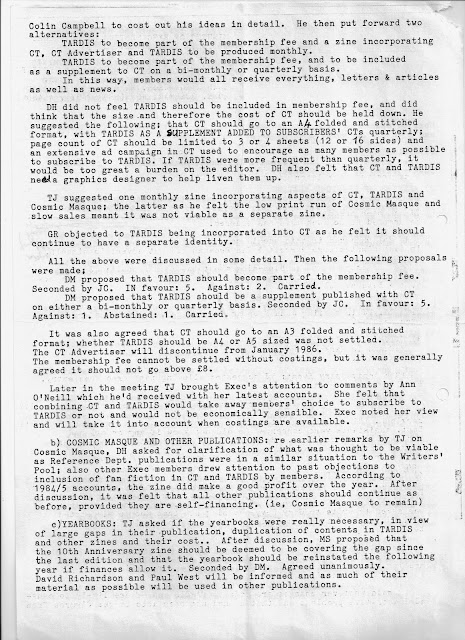 In 1985 I ended up on the DWAS Executive. This was the committee that ran the Society. My role- and this is going to sound awful- was Local Group Supervisor, essentially an admin sort of job overseeing the Society’s 40 plus local groups. I made it up as I went along because that’s how the Exec operated. Here’s some minutes from an Exec meeting. They are some of the few I can reproduce here on account of how they were usually printed on garishly coloured paper ; red and bright green were favourites. . Even though I lived in Liverpool for the entire time I managed to attend about three quarters of each years’ meetings. Incidentally the day after I joined the Exec Doctor Who was cancelled by the BBC!! People used to be fascinated with what happened at Exec meetings and here you can see the answer is arguments, disagreements and if we lucky some lovely cake. 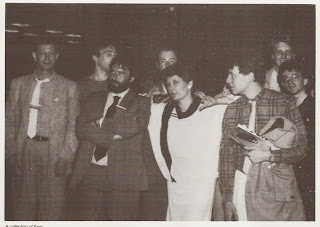 This is us at the end of a DWAS event looking, well, totally knackered, though in the case of this group the expressions probably reflect a certain lack of empathy! You can just see me squeezed in on the right hand corner. No idea what event it was or even when but appearances by the reclusive Ian MacLachlan (the one with the beard) were rare indeed. He is the man who runs Torchwood in Scotland from an old house!! 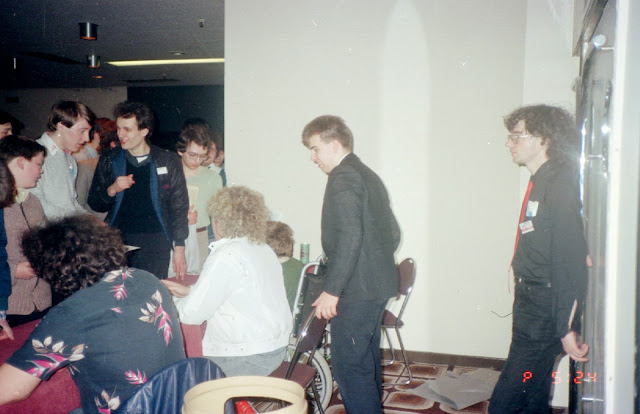 Here I am in the maelstrom at a DWAS event circa 1986. At the table Colin Baker and John Nathan Turner are signing autographs blissfully unaware of the herd of bison trying to get through the doors behind them. Using my DWAS Exec super strength I am pressing against an enormous weight to prevent the bison breaking through. 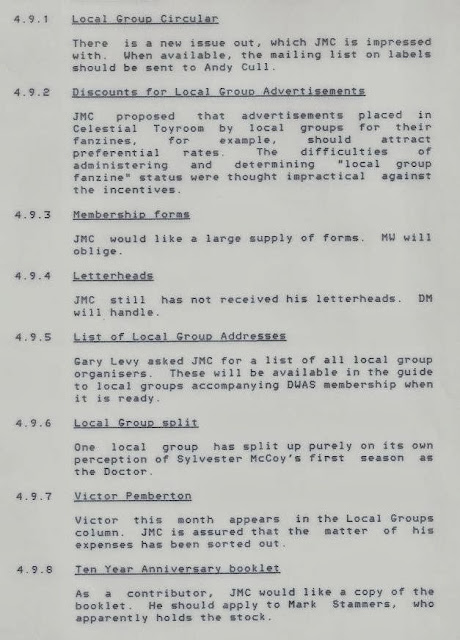 Just typical business stuff from an exec meeting. This is what we discussed whereas members thought we were eating caviar in Broadcasting House and watching Fury from the Deep.