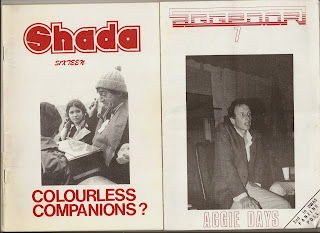 The more events I went to, the more people I met and in those days everyone seemed to be a fanzine editor so I started writing reviews for them. My writing `style` if I can call it that was based on music paper journalism which I loved because it seemed to bring things to life. In my own way I tried to copy that particularly if reviewing events. This didn’t go down well with some fans who would rather read every nuance of how the Axons were made than the fun we were having in the bar but surely both these things- and much more- make a great convention? Sometimes the events that went on were beyond reportage being hugely embarrassing for some so not everything is in there. These were my two favourite zines of the early 1980s and I wrote stuff for both. `Shada` was edited by Gary Russell who went on to various roles associated with Doctor Who eventually ending up script editing some actual episodes of the show a few years back. `Aggedor` was edited by Alec Charles who was one of those characters people either loved or hated! I heard years later he was a well respected academic who lectured in Europe. 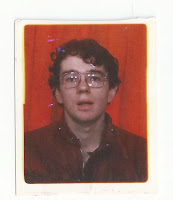 For those very kind people who bump into me after years and say how little I’ve changed here’s photographic proof that I have. This is me looking youthful in 1980.  For a few years I needed ID to get served in a pub and while this was a nuisance at the time I now look back on it as being utterly brilliant!! 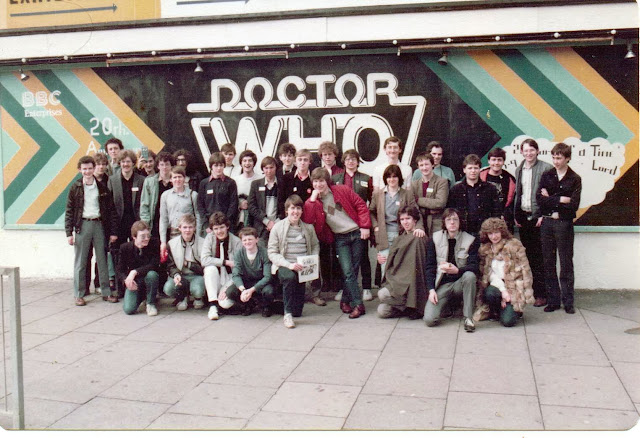 Officially these didn’t exist but where very much on a hush-hush basis. It was a case of who you knew because there were no adverts. Each May, as many as 60 or maybe more fans would take over two Blackpool hotels for the weekend. We’d watch rare episodes, hang out, play football on the beach and spend ages hanging around the Doctor Who Exhibitions pondering what the word `Egress` meant. Or we’d sit in the café above it and wonder how the staff coped with the theme music and effects that wafted inside every day of the year! Blackpool was wonderful though what exactly what the staff og the Lyric Hotel thought I don’t know! Secretly I think they sort of enjoyed it. I first went in 1981 and then each year up to and including1987.  This is the trad group photo more than 30 (count ‘em) years ago now. I’m about 4th from left second row. If you can see yourself here, hello! 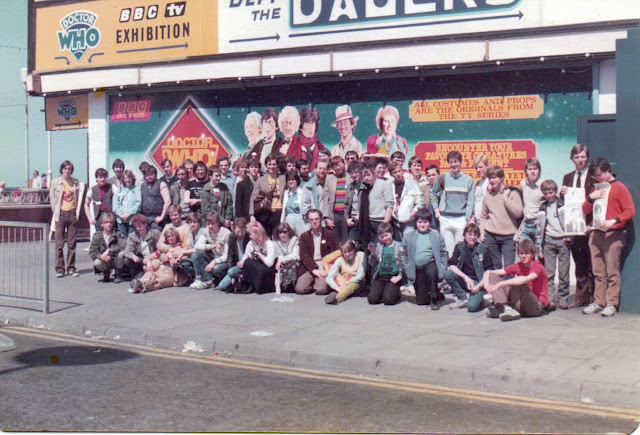 The 1984 group photo. I’m about tenth along from the right, second row. 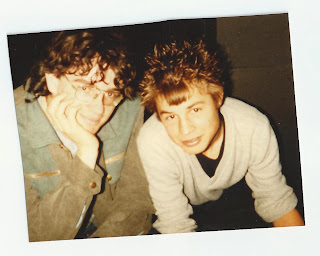 (Left) Me and Paul Desborough, 1984. We were going to do a fanzine called Ocean Rain. But we didn’t.

(Below) 1984. Some of us on the beach after midnight. Left to right: Justin Richards, Peter Lovelady, Paul Desborough, me, Doug Smith, David Saunders, Andrew Martin, Alec Charles. 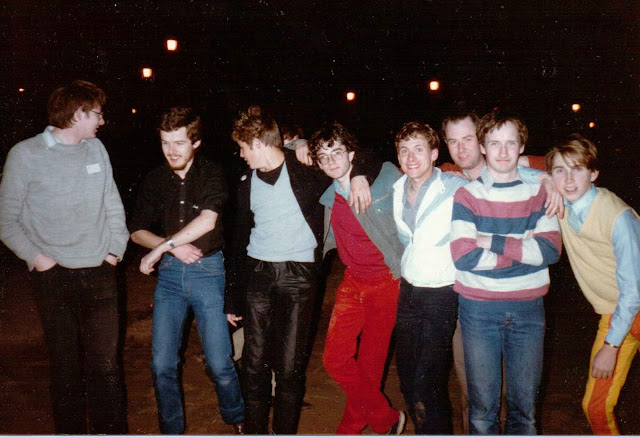 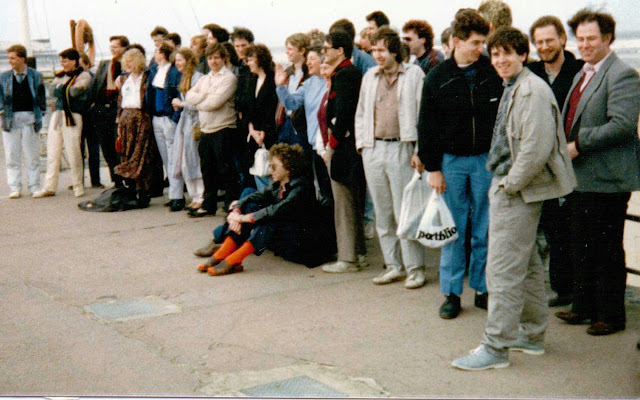 The 1986 photo. For some reason we took the photo over the road on the very windy promenade from the Exhibition this time. You can just about see my hair on this one next to Nick Pegg 5th from the left. Some more familiar figures this end include Gary Russell, Dominic May, Dave Richardson and Stephen James Walker. It’s not actually windy; David Saunders’ hair could do that.
Next Time: The DWAS Executive...!!!